What I Learned From My First Time Cruising 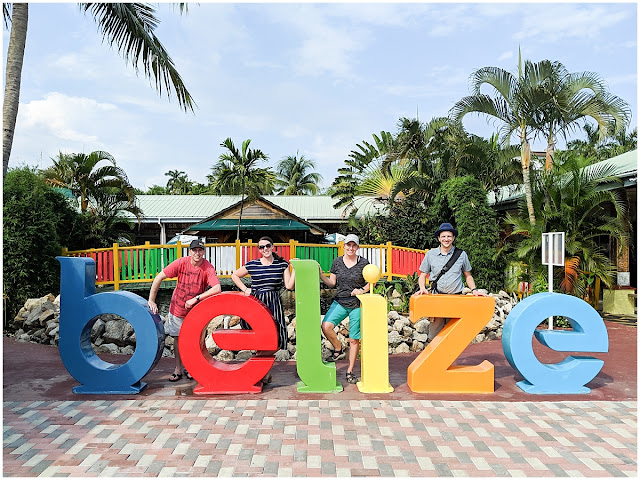 **Disclaimer: We cruised with Royal Caribbean and I don't know if all of these things apply to other cruise lines.

Don't Stress about the Scheduled Dining
I read mixed reviews on this one, but since we went with my brother and his wife we decided to do the "my time dining" which is when you just show up between certain hours, and you sometimes have to wait in line. However, we just made a reservation every day and ended up with the same table and same waiter every night. It worked out really well for us. 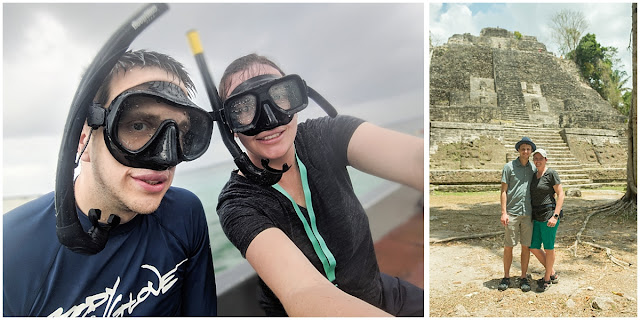 It's Nice to have some Excursions Booked Beforehand
We ended up booking 3 of our excursions through the cruise line, and one with another company. It was nice to not have to worry about what we were doing once we hopped on the ship.

Salt Water Pools
Travis & I headed to hang out at the pool one day. Travis jumped in & came up surprised that the water was salty! Maybe this is common knowledge to others, but we had no idea. So, now you know.

Bring Games
We don't drink alcohol, so during any downtime we had we mostly sat in the centrum and watched whatever entertainment they had. Thankfully, my brother & his wife were smart and brought some games that we could play, which was really smart for those times where you just wanna chill.

Take Time to RelaxSpeaking of chilling, make sure you take the time to just relax and do nothing, read a book, enjoy the sunset! That was one of my favorite parts of the cruise actually--just being able to sit around and not feel guilty about not doing something!

Eat the DessertI read on some blogs to only eat dessert so that you wouldn't get as many calories/gain as much weight. And that's fine if you want to do that, I won't judge. However, we all decided if you're on vacation and you want to eat dessert several times a day, you may as well. I never once regretted it. We even went back one night and got some cheesecake to go to enjoy later that evening. So worth it, cause it's delicious and you already paid for it, so why not? There's also like, 4 desserts that are always on the menu, and every day a few more new ones are added, so it just makes sense to try something new everyday, plus get what you loved the day before if you want!

Better to be PreparedI took some things that I probably didn't need, but I was glad to be prepared, rather than wishing I had something that I had thought about bringing. I found lots of tips on other blogs that were quite helpful since we'd never cruised before.

Learn How to Dance
There was live music on the ship a lot of the time and so many people, especially the older couples, would go out on the little dance floor and show off their dance moves. I loved it. Travis & I have always wanted to take a ballroom dance class, and this only added to that desire. If you're gonna go on a cruise, learn a dance so you can enjoy the live music even more! My brother and his wife knew some dances and had fun dancing together. :)