Why I Play Handball 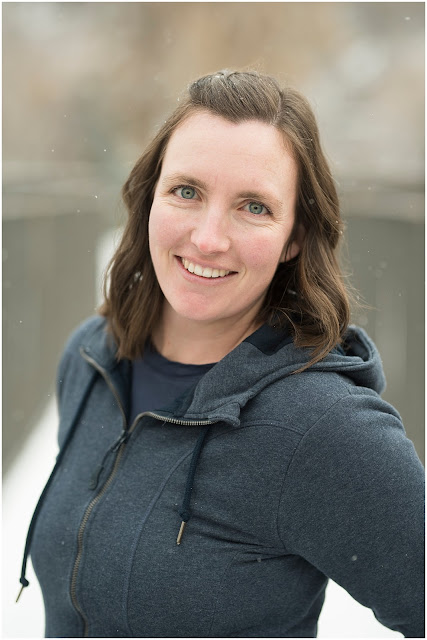 Handball has become a huge part of my life and who I am at this time. I started playing handball 11 years ago. I was playing racquetball with some friends at Utah State and we got kicked out by the handball coach. It was their class time. But he told us to come play, they needed more girls. We decided to try it out. The coach, Herm, let us play for the semester without signing up. I almost quit, it took me about 2-3 weeks to even return a serve. But thankfully I kept going with my friends, because once I could actually hit the ball, the fun started.

The number one reason that I play is for myself. It keeps me sane, it keeps me fit, it keeps me happy. I hire a babysitter for a few hours a week just so I can go play. We've decided it's the equivalent to a gym membership, only I actually show up, ha ha! It helps me deal with the stresses of life in a very positive way and there's an added plus--I get to talk to adults during handball time! It's essentially become my planned social hour 3 days a week. And it really is great exercise. I even played into my last month of pregnancy with the last 2 kids. (Although I had to cut back on the diving during those months.) 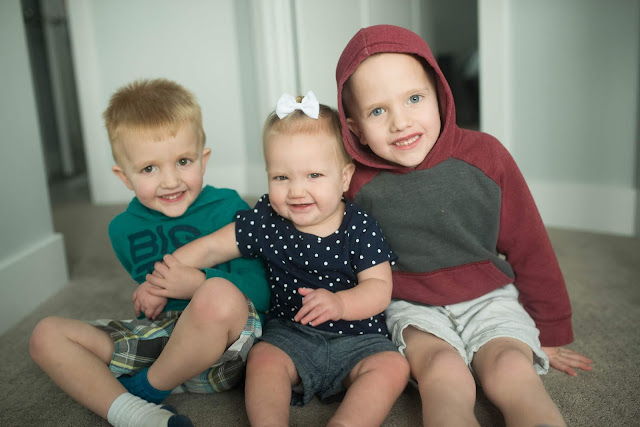 The second reason I play handball is for my kids. It keeps me sane, it keeps me fit, it keeps me happy. And those same reasons I do it for myself are extremely beneficial to my family. Have you ever heard the saying "if mom isn't happy, no one is"? Well, it's often true at our house, and I don't like that at all. I do what it takes to take care of myself so that I can take care of these 3 kids. They deserve that. I've brought them with me from time to time and they love playing in the court. Sam often talks about exercise now, and I want him to see that it's important, but also FUN! You don't have to go to a gym to exercise, you can find something that you love.

People ask me where I play and who with. I often get a chuckle when I tell them I play at the University with a group of old guys. The oldest guy I've played with was 92 or 93. (He couldn't remember how old he was the day I asked him.) The youngest old guy is probably in his 60's. They are some amazing people. Ned calls themselves my boy's uncles, ha ha! They've taught me so much and have invested their time in me and my life. 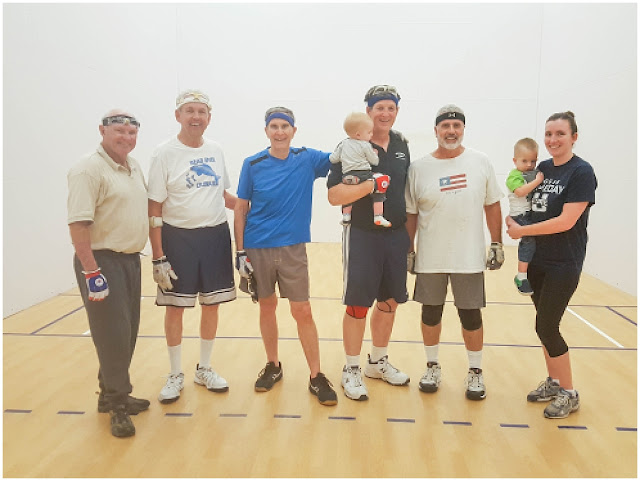 I played my first tournament probably about 10 years ago. In Salt Lake, with my friend, Krista. We had a blast! I probably didn't win, there are very few girls that play this game around here. I just played in a tournament at the same place for the first time in 2 plus years and finally won a match! Only female in the tournament. I was so nervous. I never know how good these guys are going to be. The last time I played in a tournament I got totally creamed by some guy. I think he even started going easy on me. I've improved since then and in my 2nd match I played the number 1 ranked guy in division B. I even scored a fair amount of pints. 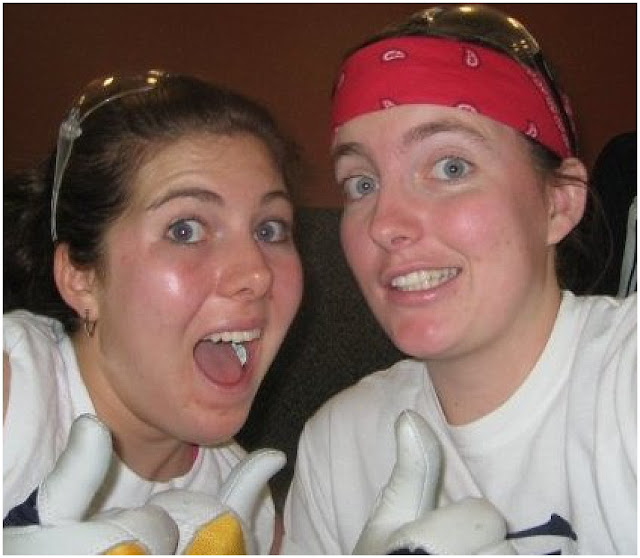 Ultimately, I keep playing because it's fun and I'm competitive so sports are a great way for me to channel that competitiveness into something productive.