What Is Handball? | Stacey Marble Photography 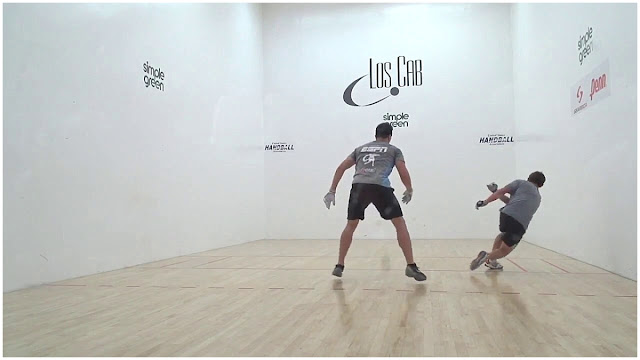 Many people think of the olympic sport style of handball, which is not the type of handball I'm talking about today. I've actually never seen this sport played, but it does look intense.
I play a completely different form of handball. One that has been around for hundreds of years from what I can gather. It started in Europe, namely Ireland. There are a still a lot of fantastic Irish players. Abraham Lincoln even played the game!

The game is played with a little ball, similar to a racquetball, but a little smaller and harder. You wear some leather gloves, cotton liners are available to wear to save your hands from too much bruising to begin with. I no longer play with them, but I did for a long time.

There are 3 different types of handball. 1 wall, 3 wall and 4 wall. I've only played 4 wall, which is played in a racquetball court and you can use all 4 walls in the game. It's basically the same rules as racquetball in fact. You just get to use both hands, and you don't have an extra 18 inches to reach the ball with.
General rules:
The server stands in the service box. The ball must hit the front wall before anything else, and pass the short line. The receiving team hits the ball back before or after one bounce, making it to the front wall. A rally proceeds until a fault is made and a point is awarded to the server, or the opponent gets to serve (side out) depending on who made the fault.
In a tournament a game is played to 21. A match consists of 2 games to 21, with a tie-break game to 11. You can play a singles match, (one on one) or a doubles match (2 on 2.)

Hitting it low and in the corner is the ideal hit. Ceiling shots and wall shots are also great ways to get points. The biggest struggle for most is learning to use their non-dominant hand. Figuring out where the ball will end up after it bounces on the walls/ceiling/floor is a skill that can take some time as well.

In the end, handball is the greatest game. :)