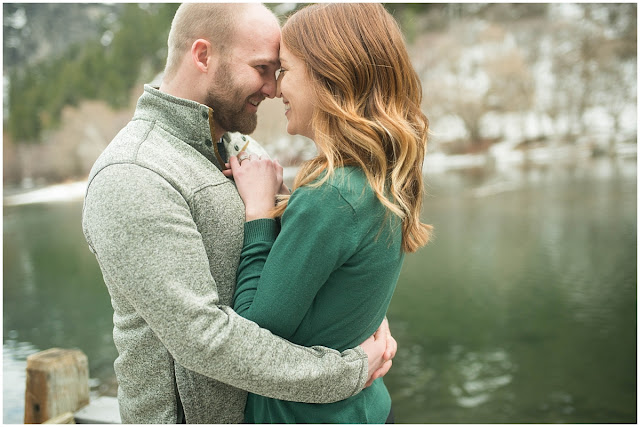 I've known Tiffany for several years now. I served in the same mission as her sister and we became really good friends. Both sisters ended up at Utah State with me. I was so thrilled to hear about Tiffany's engagement to Adam. These two met online and happen to be perfect for each other! I don't know that I've ever had a couple as comfortable in front of the camera as these two. They probably don't feel that way, but it's true. They showed their true colors and it made for the perfect engagement session full of laughter and natural poses.
They'd discussed marriage and started making plans a little while back, bu there was still no ring. Adam had Tiffany over one evening and had prepared several things that they'd had/done on their first few dates. Then he pulled out this Broncos "Stettler 2" shirt, and that's when Tiffany finally realized exactly what was going on. He got down a knee and proposed with a ring that he made from a 2 dollar bill.
Adam works at Hill Air Force Base and Tiffany is finishing up her degree here in Logan this semester. She's already landed herself a job in Layton, which I'm sure they're both looking forward to so they're not so far apart all the time. :)
They decided on second dam for their engagement session which happened to be perfect, because the snow had started melting, but it was still around up in the canyon so it wasn't just dead and brown everywhere. Plus, it was warm compared to what it had been the past week. I love the variety that second dam offers for photos and I love that they included their shirts, items that mean something special to them, into this photo session. I cannot wait to celebrate with these guys and their families in April! 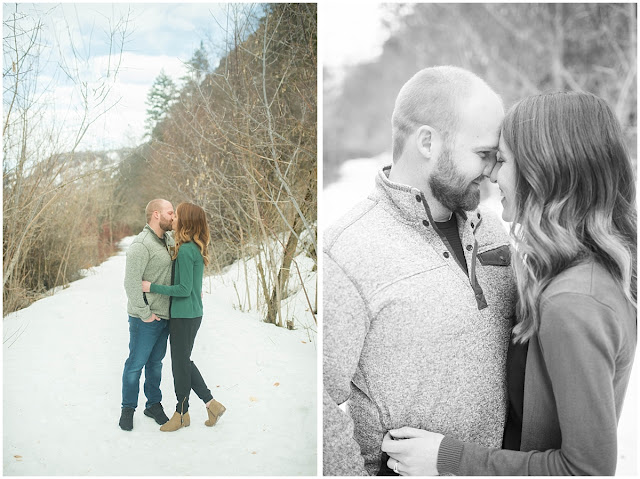