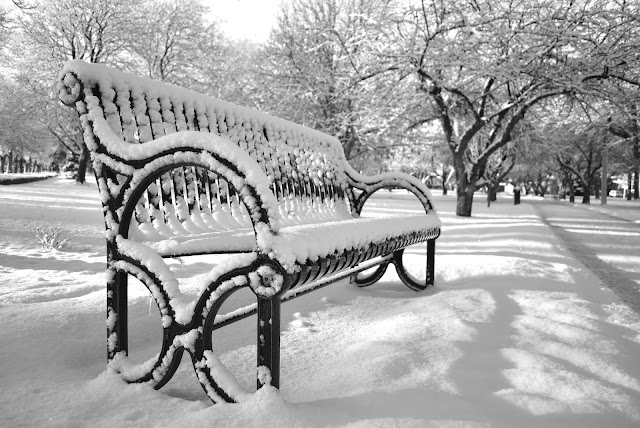 We have very few photos of the two of us before marriage.
But our love story almost revolves around a bench. A bench just like this one.
A bench just down the sidewalk from this one.

I had moved back up to Logan after returning from New England where I served
a mission for the Church of Jesus Christ of Latter-day Saints. I had a friend who was moving
out of her apartment, and there would be 2 empty spots. So, my friend and I moved in.
It was the easiest apartment hunt I'd ever been on.
I had 2 years (ish) left of school.

Travis lived in the apartment complex across the parking lot. We were in the same
singles ward. I first noticed him staring at me in Sunday school my first Sunday there.
I thought he looked just like the man from Rocketman.
I also had an impression that I should pay attention to him.

We didn't talk to each other that day.

As fate would have it, he showed up to Family Home Evening the next night and we were
"placed" in the same family. My friend, Amanda, and I had gotten there first, so he came and sat next to us. I found out he had already graduated and was working for the Space
Dynamics Lab. That's where our friendship began.

After that, we continued to socialize at church functions. I was working on a project for my photo class at USU that was all about benches. I was using an old 4x5 camera, and needed to have a sheet held up behind each bench that I photographed. This meant I needed a helper or two. Travis was ALWAYS willing. He would come on his lunch break, sometimes even take a few minutes off of work if I couldn't find anyone else. I did a lot of practice shots at Adam's Place park, at a particular bench. We spent quite a bit of time there.

I was always amazed at how selfless he was. He was always willing to serve, not just me, but everyone he came in contact with.

He got my number from the church directory. He called me one day and asked me on a date. Of course I was way excited.
Our first date was to Stake Conference, and then to Charlie's for ice cream after.
He walked me to my door and didn't give me a hug, (he will deny this) but told me to save him a seat in Sunday school.
I walked in the apartment and Amanda asked me how it went. I told her I thought it went well, but he didn't give me a hug, so I was just slightly confused, ha ha!

I was out of town a bit after that. I went to Belize with my parents for a week and spent some time in  Missouri for the National Handball tournament. On my way home from the tournament he texted and asked me on a second date, to see Pirates of Penzance.

Shortly after that we had our third date: fingerpainting in the park and a walk downtown.
I thought for sure he would hold my hand that night. But he didn't.